How to negotiate a Warranty Bond The Warranty Bond is a guarantee which secures the Employer in the case the Contractor will not remedy the defects, if any, which may occur during the warranty period of the works.

It is often issued by an insurance company or (especially in mid size international projects) by a bank and it provides the payment of a sum of money if the Contractor will not perform any remedial work as provided in the contract, a sum which will be used by the Employer to have the remedial works carried out by a third party. Among the other bonds in international construction the Warranty Bond is rather frequent in the construction of production plants or in complex infrastructure works.

Such bond is issued generally together with the Advance Payment Bond and the Performance Bond.

Upon the occurrence of a defect, usually, the Employer and the Contractor start lengthy discussions on technical points and on the attributability of the defects to the Contractor.

Said discussions should be aimed at ascertaining whether the works have been carried out correctly or if the defects are attributable to the materials used by the Contractor. In reality, the Employer does not intend to be involved in detailed discussions and seeks only to have the defects remedied while the Contractor seeks to demonstrate either that the defects are minor issues or that they are not attributable to his activity.

If the parties do not reach an agreement on the remedial works or if the Contractor does not carry out any remedial work, the Employer would be virtually entitled to call the warranty bond.

The entitlement and the manner for calling the bond will depend on the type of guarantee that the Contractor has issued and, if it is an on-demand bond, the Employer will be entitled to simply request from the guarantor the payment of the warranty bond without the need to prove the breach and default of the Contractor.

This is due to the specific nature of the on-demand bonds and if you wish to know more on them you can read our note:

If you are a Contractor, you can consider the following 6 tips to reduce the risks involved in a warranty bond:

The Warranty Bond represents a normal protection for the Employer who will obtain in such a way a security in case the Contractor will not remedy defective works if any.

If the Warranty Bond is issued in the form of an on-demand bond it could be a powerful tool and may be open to abuse by Employers in case, for instance, the defects are not actually attributable to the Contractors and the Employer is fully aware of that.

A fair compromise between the interest of the parties is often difficult to be reached but a careful negotiation will at least reduce the risks for the Contractors. 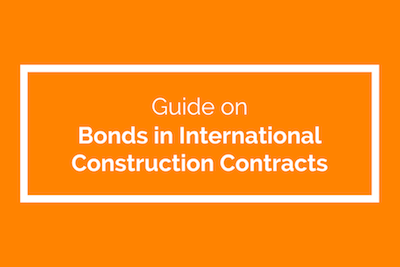